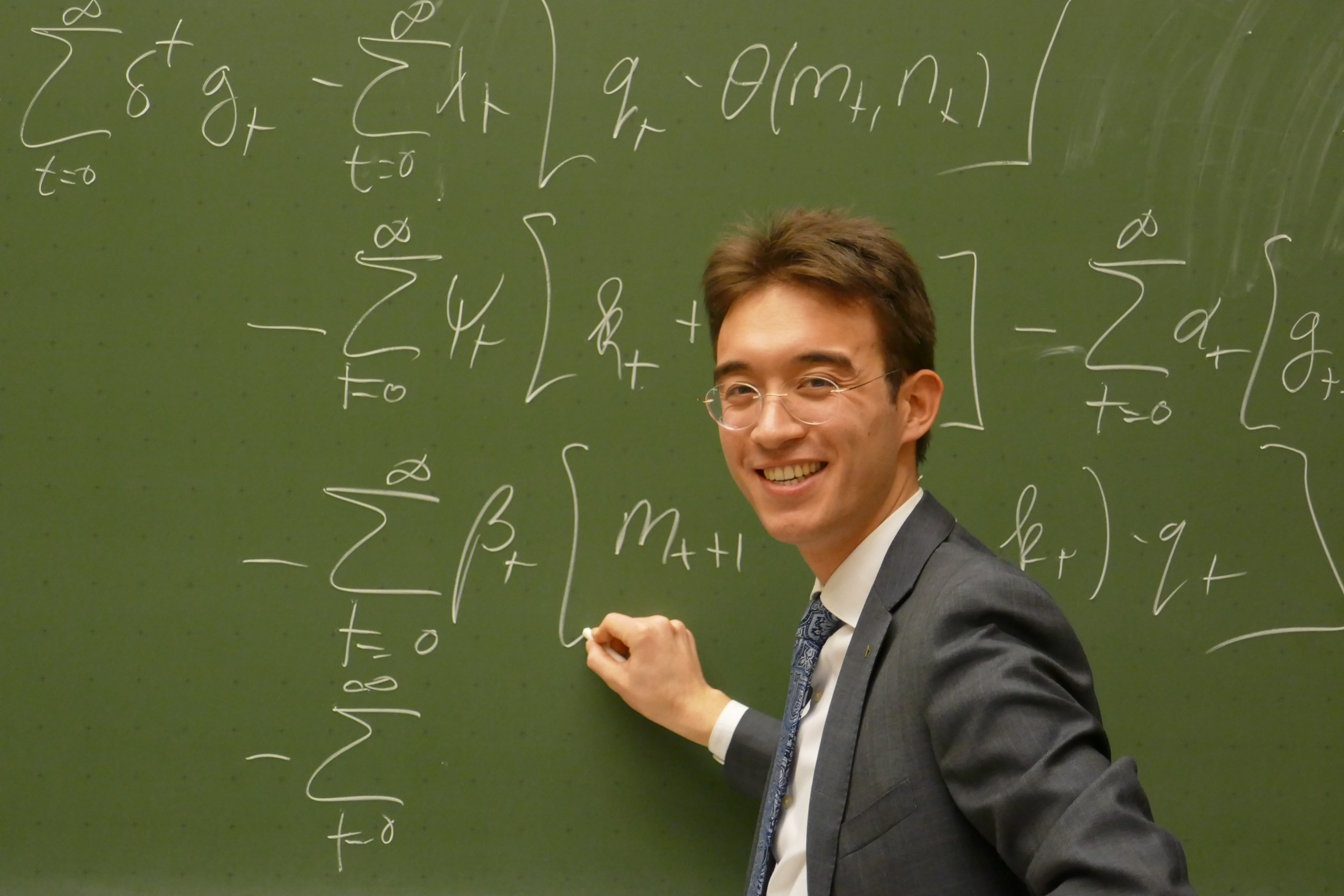 Welcome to my website! I am a PhD candidate in economics at Tilburg University, supervised by Eric van Damme and Reyer Gerlagh.

My research interests include game theory, in particular games of asymmetric information, the evolution of preferences, and environmental economics.

I participate in the Tilburg Behavioral Economics Reading Group and the Internal and External departmental seminar series at Tilburg University. I am also affiliated to the Tilburg Sustainability Center.

In my (non-existent) free time, I play the violin. Colleague Sjak Smulders and I from time to time force upon our fellow economists a concert in which we play music of our own choosing.

Can The Social Cost of Carbon be Calcuated? YES

For any emission trading system (ETS) with quantity-based endogenous supply of allowances, there exists a negative demand shock, e.g. induced by abatement policy, that increases aggregate supply and thus cumulative emissions. We prove this green paradox for a general model and then apply it to the details of EU ETS. In 2018, new rules for a Market Stability Reserve (MSR) were agreed on and implemented. We show that abatement policies announced in early periods but realized in the future, are inverted by the new rules and increase cumulative emissions. We provide quantitative evidence of our result for a model disciplined on the price rise in the EU ETS that followed the introduction of the MSR.
R. Gerlagh, R.J.R.K. Heijmans, K.E. Rosendahl
Working Paper, 2019
PDF

The question in which we are interested is how a market inhabited by multiple agents, about whom we are differentially uncertain, and who trade goods the use of which imposes a negative effect on others, is to be ideally regulated. We show that a priori asymmetric uncertainty, when combined with a posteriori observed outcomes, is a rich source of information that can be used to reduce aggregate uncertainty. The observation implies that whereas asymmetric information usually entails a cost on welfare, it can help achieve greater efficiency in regulation.
R.J.R.K. Heijmans, R. Gerlagh
CentER Discussion Paper, 2019
PDF

We develop a dynamic regulation game for a stock externality under asymmetric information and future market uncertainty. Within this framework, regulation is characterized as the implementation of a welfare-maximization program conditional on informational constraints. We identify the most general executable such programs and find these yield simple and intuitive policy rules. We apply our theory to carbon dioxide emissions trading schemes and find substantial welfare gains are possible, compared to current practices.
R. Gerlagh, R.J.R.K. Heijmans
Work-in-progress, 2018
PDF

Why the New EU-ETS is Almost Perfect (EAERE Magazine)

In Dutch. Report written on request of the Dutch Ministry of Agriculture, Nature and Food Quality regarding the question how – i.e. using which mechanism – the rights to build windmill parks on the North Sea are best allocated.
Eric van Damme, Reyer Gerlagh, Roweno Heijmans, Bert Willems
Government report, 2018